Robot for automating the machine operation

When you choose BILA RoboPower, you obtain effective robot automation with a robot that carries out the boring and monotonous work tasks. Employees no longer have to carry out heavy lifting, work while twisting or carry out repetitive tasks. Instead, they are free to carry out other tasks. BILA RoboPower can operate unmanned after closing down time, so that components are ready for the next day.

BILA RoboPower is a compact and moveable cell that can be easily moved using a pallet jack or a truck. RoboPower can be placed in between several CNC machines and can be set for production in the course of 20-30 minutes.

The main frame/stand of RoboPower is heavy enough to make it stable without being bolted to the floor. If the cell needs to be moved frequently, two zero point plates are used, which are attached to the floor.

The distance from the edge of the cell to the chuck or vice can be up to 1,100 mm depending on the height of the CNC machine. Thanks to this, in most cases the cell can be placed away from the CNC machine without having to move the robot cell.

The combination of parametric programming and block teaching (operator programming) makes it possible to quickly change items (5-10 min) while at the same time allowing the operator to do new programming and to use the cell with other machines.

During the development of RoboPower, there has been great focus on being able to match the Danish subcontractors’ needs of small batch volumes. BILA RoboPower is therefore also attractive to companies handling small batch volumes because of its short run-in time. 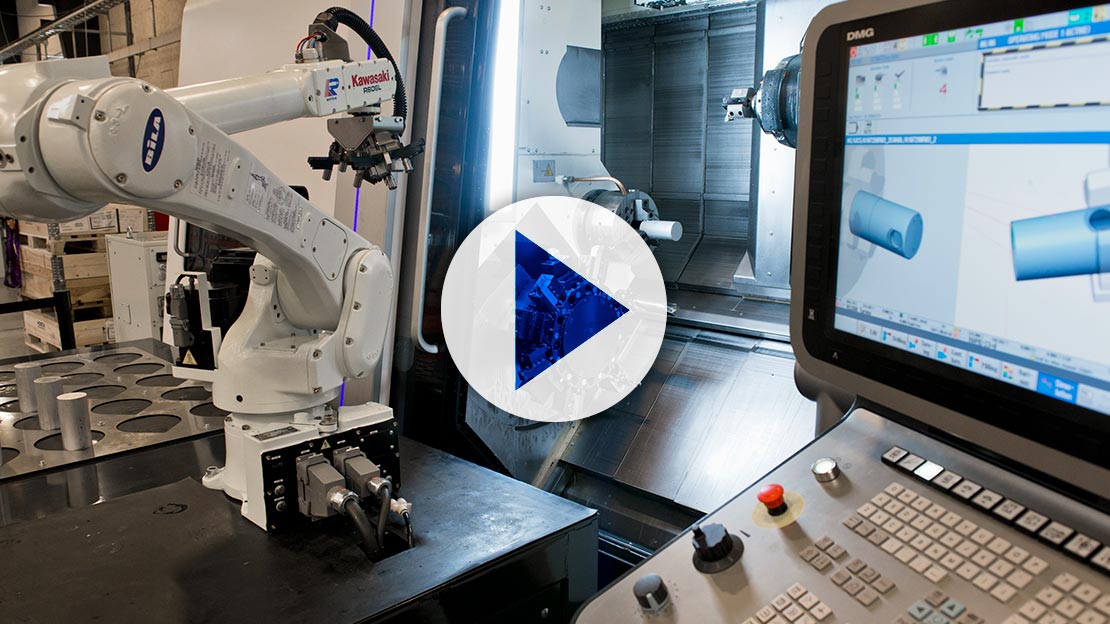 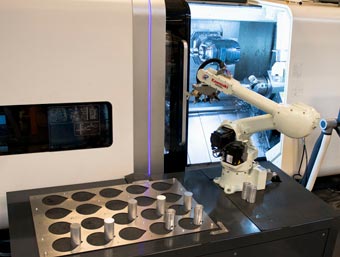 KAMF invests in yet another hard-working CNC assistant from BILA

KAMF is a typical second-tier supplier that machine-processes a wide range of different slabs, often in small batch sizes. So their investment in a BILA RoboPower was a good choice for handling slabs in and out of their lathe. The robot cell can... 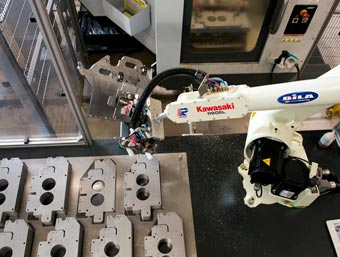 At Hosta Industries, production of large orders for a whole range of slabs was handled manually. Repetitive one-sided work was part and parcel of the production process. The company wanted to streamline the process in two ways... 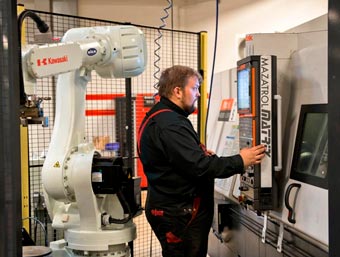 The new BILA RoboPower handles a number of different slabs at O. Jacobsens Maskinfabrik. After slabs are loaded onto a loading table, this automatically moves into the robot, which grips a slab and inserts it into the CNC machining centre. 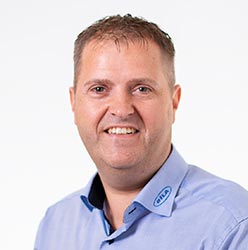