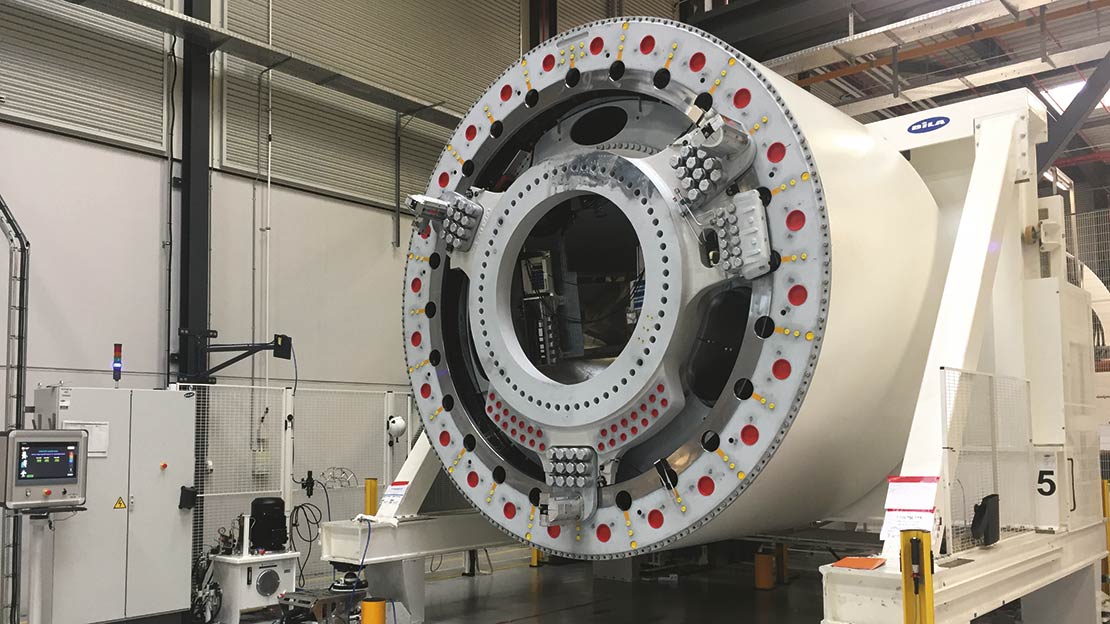 Siemens Gamesa Renewable Energy is ready for the future

Siemens Gamesa Renewable Energy (SGRE) is a leading global wind turbine producer with several divisions in Denmark. In Brande, they, among other things, produce generators for their 3.0 MW wind turbines addressed towards their onshore customers.

At SGRE, their goal was to make the generator production line more flexible, increase efficiency and increase production capacity. In short, they wanted a step-line production instead of the old pulse line.

In close collaboration with BILA, SGRE has prepared for the future of Industry 4.0 - integration of the physical and digital world, in a project called Smart Production.

Through collaboration, development of a new generator production line has succeeded, which is more flexible and intuitive for operators to use and prepared for the future Smart Production. This has ensured an increased efficiency and improved working environment for the employees.

The new step-line production is built as stand production. This means that each stand performs a certain type of task in the assembly of the generator. In total, there are eight different stands on the line. The advantage of the step-line rather than the pulse line is that each stand can work independent of the other stands. It further means that each generator can be moved separately between stands instead of one line move of all generators. Additionally, two extra stands have been added to the production line, which makes it even more flexible.

Another significant change is the process of operating the rebuilt production line. Here, great emphasis has been put on automating parts of the processes so that production is uniformed from generator to generator, regardless of which operators are working the stand. It has been done by unifying the user interface on the HMI and making the process more intuitive and easy to follow for operators. This results in better quality of the generators produced, higher accuracy and
lower cycle time on two of the stands. And thus, a significantly optimized production.

In addition, the system on the entire production line is prepared for SGRE’s Smart Production. It has already resulted in a new collaboration between BILA and SGRE regarding BILA’s new data collection application, which allows SGRE to collect selected data on the various stands. From a commercial point of view, SGRE may benefit from this as Matthias Arkenau, Head of Industrial Engineering, Siemens Gamesa Renewable Energy, Plant Brande says:

"With the new BILA application, SGRE can collect data and thus demonstrate the production quality of the different generators to our customers. This ensures that we can provide better quality and service in the future."

Additionally, the application allows for analysis and optimization of work processes and continuing the development of the production line.

Finally, the working environment has been improved for the operators as the old systems have been replaced and updated with the latest technology. This also means that operation of the system now requires minimal knowledge and experience benefitting the entire production.

Production line up and running in 14 days

An important requirement for the construction of the new production line was that it would take place during a two-week production stop on SGRE. Therefore, BILA had only two weeks to move what was to be recycled from the old line and get the new line up and running. It has been a demanding task, which has been achieved through close collaboration between SGRE and BILA, explains BILA’s project manager Thomas Brinch Boll:

"BILA has been physically present at SGRE in Brande throughout the project, both with our mechanical, electrical, software and project managers. This has been necessary to provide the appropriate confidence and security in the project for both organizations, which means that it has not caused delays in production."

"The project work group has consisted of a designated team in the two organizations. It has ensured continuity, close interaction and good communication throughout the project. It has been supported by weekly meetings to comply with the tight schedule and to meet design requirements and guidelines."

Vital collaboration between BILA and SGRE

All in all, it has resulted in SGRE having a new production line prepared for the future. Productivity has seen a major boost, flexibility has increased and production capacity is now fully utilized. At the same time, the installation and startup of the BILA application allows for continued close collaboration about development of SGRE’s generator production. The close cooperation is a vital parameter in such a project.

We have had a great collaboration with BILA, and we knew from experience, that BILA had the right knowledge and experience in running such a project from start to finish. BILA has been extremely professional throughout; ranging from meeting expectations and delivery time to providing the necessary expertise in a demanding project like this. 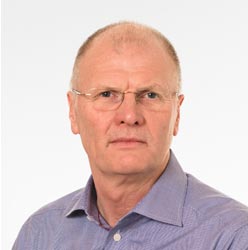