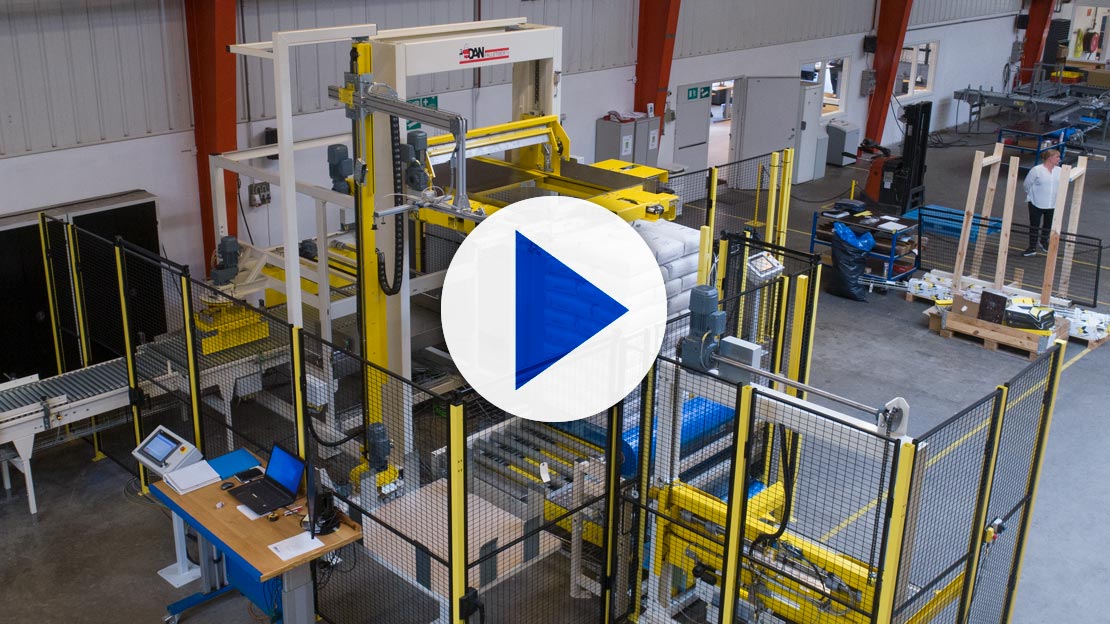 GELITA in Sweden is pleased to have chosen Danish automation from DAN Palletiser to ensure efficient and accurate palletising thousand tonnes of gelatine annually in small and large bags. The implementation was completed in 3-4 months and the pallet loading solution has since run impeccably. The investment has increased GELITA’s production capacity and optimised delivery time as the machine can load multiple pallets in less time.

The 30-year-old pallet loader from a local supplier had reached its retirement age at GELITA, a manufacturing company located in the Skåne town of Klippan in Sweden. Spare parts were not available for the loader and in terms of safety, there was room for improvement.

The company was therefore looking for a new and modern palletising solution. The requirements were: The solution had to be compact in size, light, flexible, and efficient to use to palletising bags in different sizes. Other requirements included a good work environment and the fulfilment of all safety standards.

While GELITA was screening the market and was in contact with both Imeco and a Spanish supplier, without finding what they were looking for, Lars Jonsson, Head of Department at GELITA, got a phone call. On the line was Simon Rune Sørensen, COO at DAN Palletiser, calling from Vemmelev in Denmark. It turned out that GELITA had found exactly what they were looking for, explains Project Manager Peter Stjerna:

Simon Rune Sørensen put us in touch with reference facilities so we could see other installations in Sweden. And DAN Palletiser secured a number of excellent references on that score. It mattered that other Swedes had good experiences with the supplier, because each country works differently and has different cultures and quality standards. DAN Palletiser stood out: They presented a completely solution and the price matched the other solutions presented. They could provide fast support both on-site and online. We were nervous about choosing a solution where technical support would be flown in from, for example, Italy or another country in Europe. This could prove difficult, not least during the coronavirus crisis.

Next, DAN Palletiser started designing and building GELITA’s solution in Vemmelev. The solution was designed to optimised space utilisation and gave GELITA a better, LEANER layout and flow in the production facility. The finished solution was FAT tested and demonstrated for GELITA live over Teams and in a video that DAN Palletiser sent to the customer. Fine-tuning, support, and additional programming after installation at GELITA were done flexibly online and by telephone.

The FAT test was critical for us. We have customers with very high requirements for the appearance of the pallets, and the bags must absolutely not be damaged during transport. The test showed that we could deliver what we wanted, including changing the bag pattern if we get new customers who want another pattern,” says Lars Jonsson, Head of Department at GELITA. He also points out that GELITA has improved the work environment with the modern pallet loader because it is safer, more user-friendly, and very quiet.

The idea for a new pallet loader was born in February 2020, that is, just prior to the outbreak of the coronavirus epidemic in Scandinavia, but DAN Palletiser and GELITA nevertheless managed to overcome obstacles and avoid project delays. Now the Danish-developed pallet loader loads an average of 35 tonnes of gelatine bags on pallets every day.

DAN Palletiser's people are highly solution oriented. We are satisfied with the collaboration and the problems we had have been solved along the way, just as the continuity of the project remained intact despite changes in project management at DAN Palletiser. We therefore hope that we can continue to collaborate.

GELITA was founded in 1896 and now employs 155 employees who produce gelatine from pigs. It is used as an ingredient in candy production and in the pharmaceutical industry, and GELITA supplies its products to customers in Europe, Asia and North, and Central America. The factory in Sweden is part of a global group, with branches in over 20 locations around the world and a head office in Germany.

DAN Palletiser is part of Denmark’s largest automation house BILA A/S, which was founded in 1988 and helps international industry with production optimisation through automation solutions. The solutions encompass everything from simple automation to optimisation of entire production facilities. All competencies are assembled at BILA A/S and include consultancy, construction, development, implementation, and subsequent servicing of robot and palletising systems. The company has its own innovation centre where they develop, construct, and validate special tools for robot installations. BILA is a high-tech company with more than 400 dedicated employees at several different locations in Denmark as well as local offices in Sweden, Norway, Germany, the UK, and the United States. 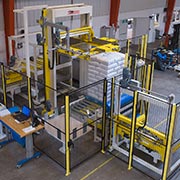 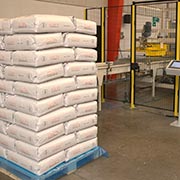 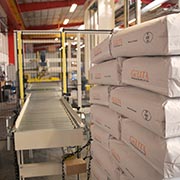 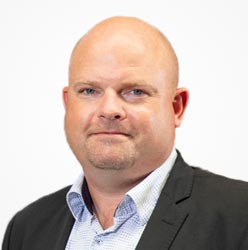