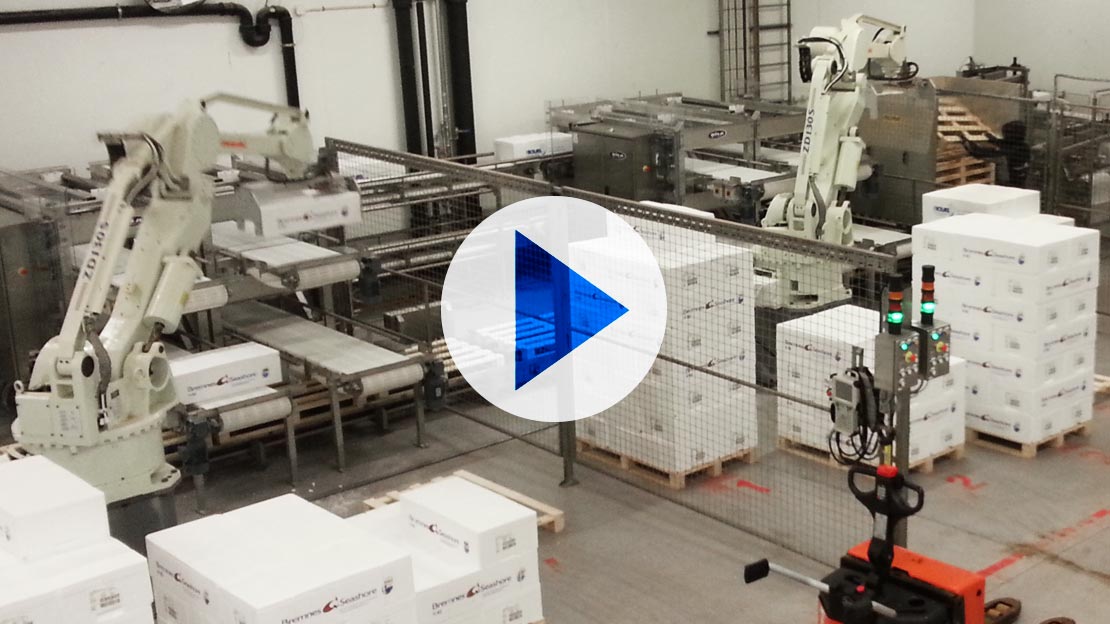 Bremnes Seashore has optimised its production because keeping up purely in terms of capacity turned out to be challenging. The principle remains the same as before, but their current facility is now extended and equipped with a robotic cell. The supply lines have been modernised, providing a larger buffer, increased capacity and greater flexibility.

COO Bjørn Willy Sæverud says: ”In the solution we added 1 robot to the existing 2 robots which has resulted in an increase in the robot capacity by almost 100%.”

Bremnes Seashore is a salmon processing plant with salmon farming and production. The company has 270 employees in 23 different locations in Norway and every day between 150 and 250 tonnes of salmon are transported to different parts of the world.

The product range of this Norwegian salmon producer varies a lot from day to day. ”On some days there are many products but few product types and the other way round, there can be few products and many different product types”, says COO Bjørn Willy Sæverud. It is therefore important that their production plant has certain flexibility and the capacity to be able to handle the daily fluctuations with many different products.

The two robots in the packing facility are now 3 Kawasaki ZD130 robots, each of which picks up boxes from 4 buffer lines and delivers them to 5, 6 or 7 different pallet places. The box can now be stacked in 10 layers as compared to the 9 layers before the reconstruction, something which optimises the freight charges.

The coefficient of utilisation of the robots is considerably up owing to the bigger buffer and to the fact that the robots "cooperate" in situations where one type makes up a bigger share than what a single robot can handle.

”To us it is important that it works with different volumes and product types in order to deal with the daily fluctuations. After all, this has been the sole purpose of this modernisation”, says IT Manager Terje Sæverud, Bremnes: “Today, the robots do much and the employees less.”

The existing facility is supplied by a Norwegian supplier, to which BILA has delivered the Kawasaki robots. BILA was selected for the modernisation because it could offer the solution we wanted, explains COO Bjørn Willy Sæverud:

And so we could also provide better service to the facility.” It was a great advantage for Bremnes to see production go on during the installation of the new robot. ”The production did not stop, while BILA was installing and reprogramming, and this is something we are very pleased with”, concludes Bjørn Willy Sæverud. 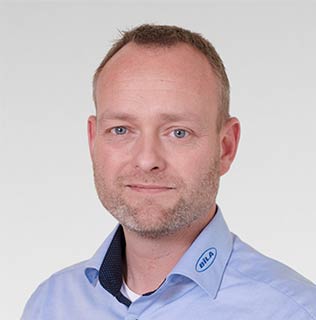